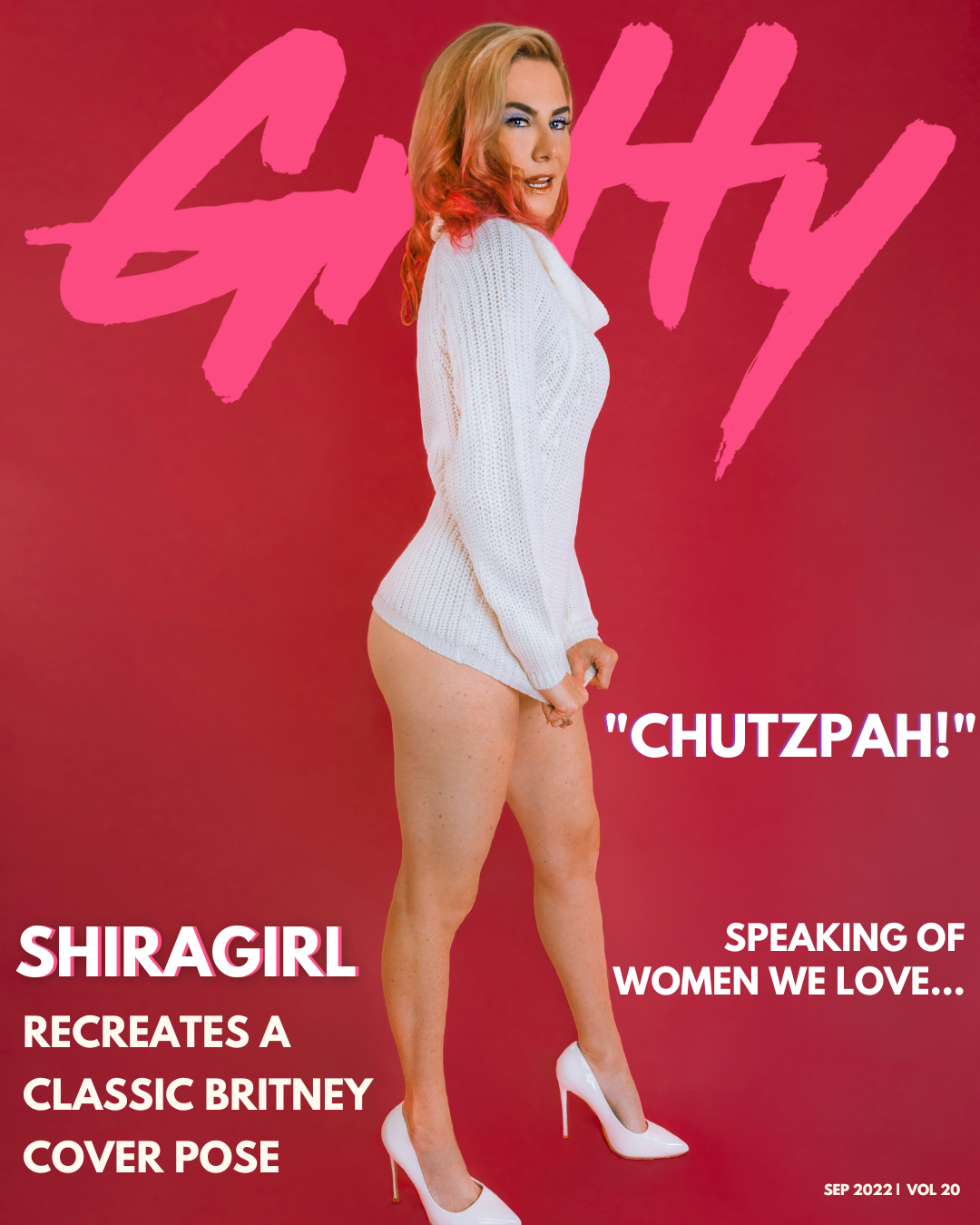 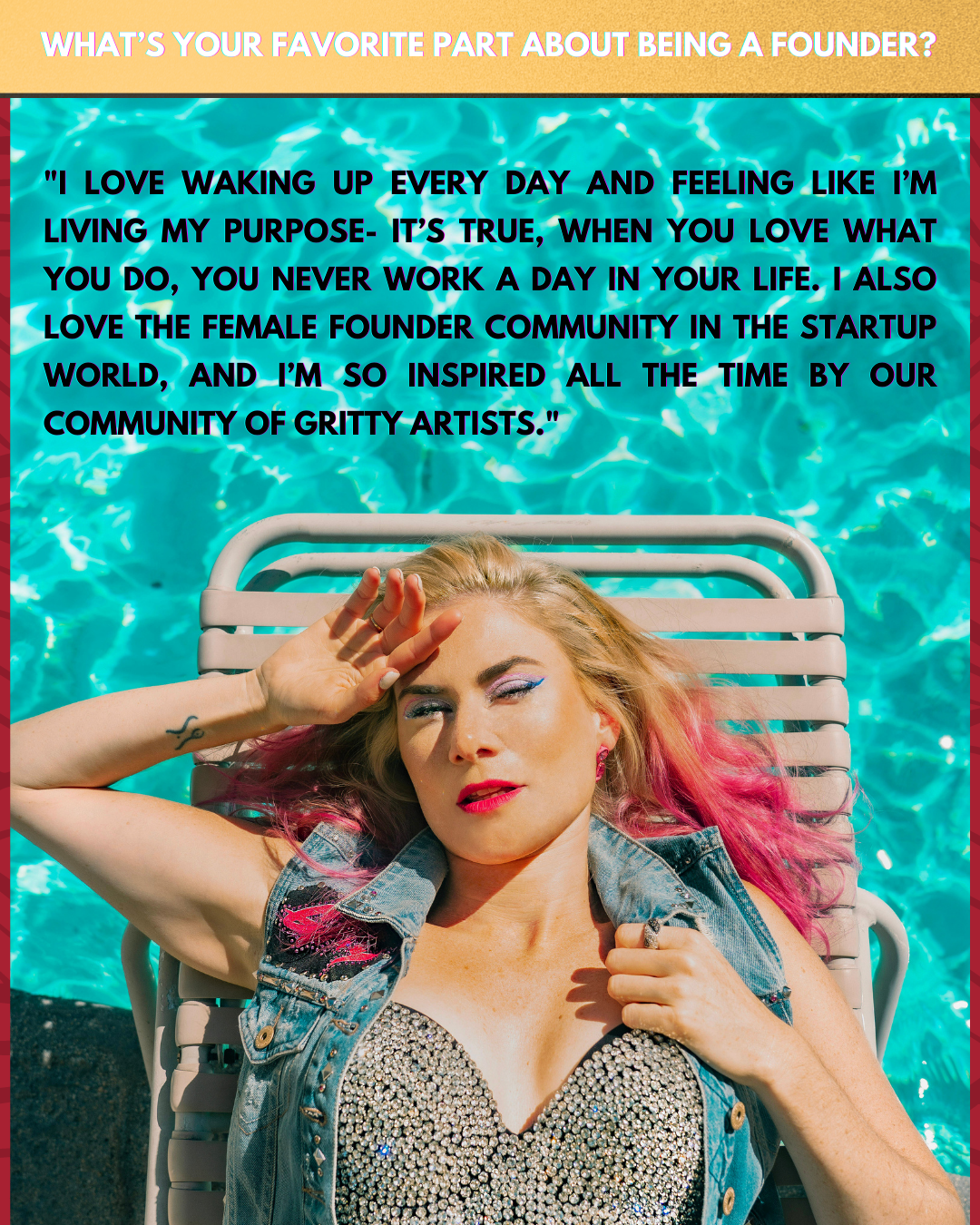 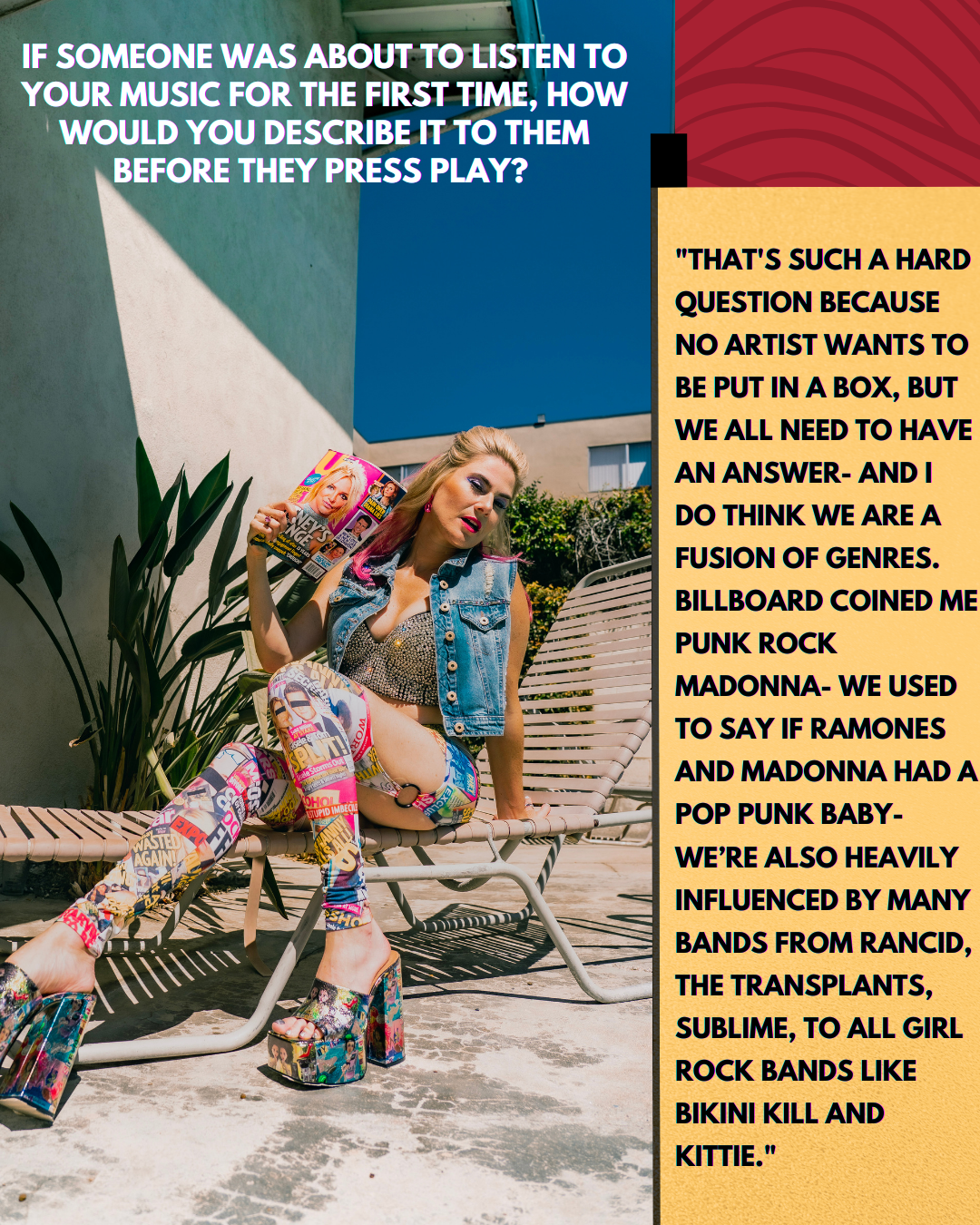 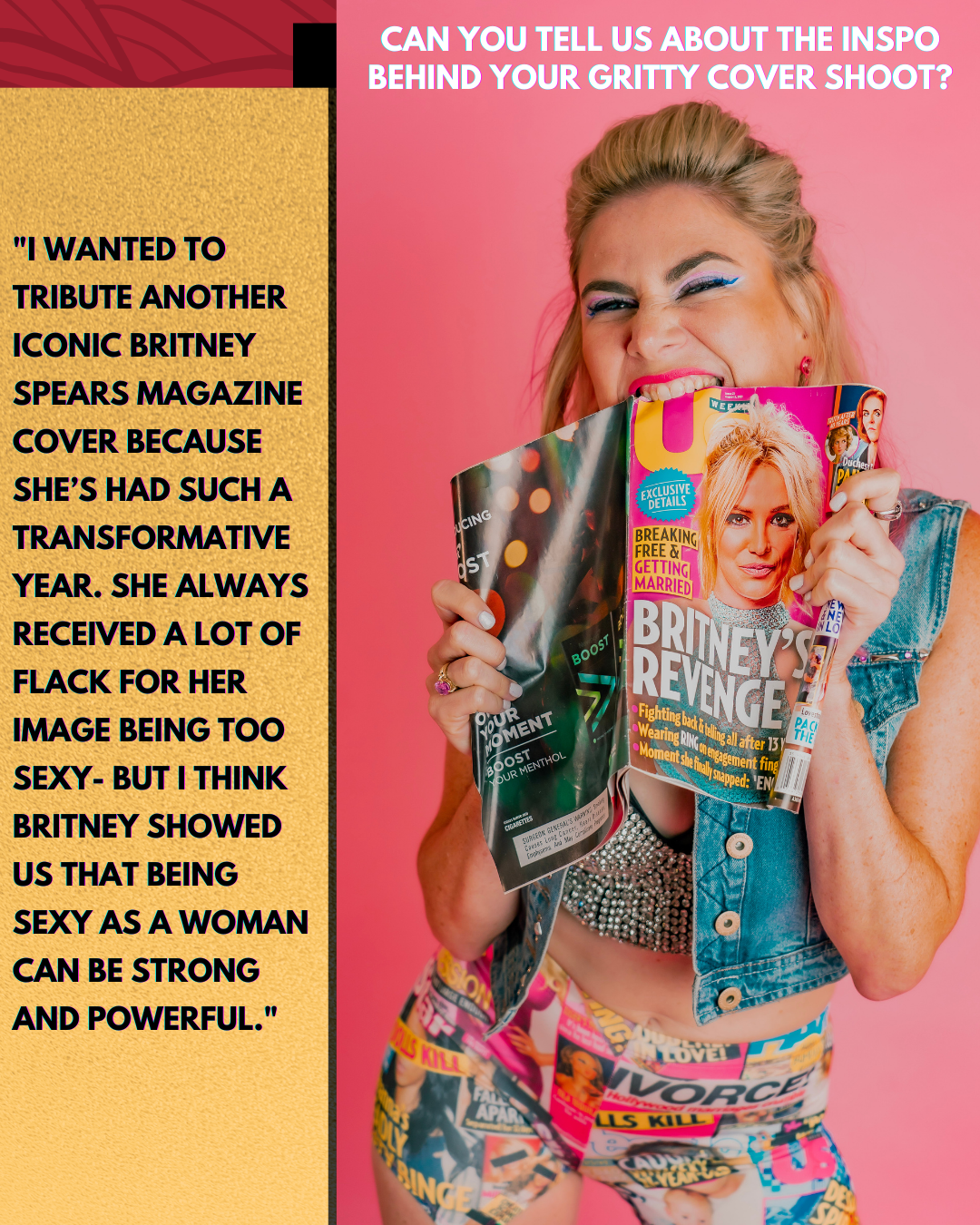 What’s your favorite part about being a Founder?
I love waking up every day and feeling like I’m living my purpose- it’s true, when you love what you do, you never work a day in your life. I also love the female founder community in the startup world, and I’m so inspired all the time by our community of Gritty artists.
‍
What are some lessons you’ve learned so far, when it comes to pitching Gritty In Pink?
When I started, some people just heard “women in music” and thought it was too “niche.” Now we carve out the big vision to be the global destination to hire women in every industry, and investors see the bigger opportunity. Also, people still love the story of crashing Warped Tour and getting into the Rock Hall of Fame — even though I’ve told the story a million times, for some reason it hasn’t gotten old!
‍
Where do you see Gritty In Pink 5 years from now?
On everyone’s mind and everyone’s phone :) We want to be the destination for all things women and the entertainment industry- and eventually, every industry. (Side note: what industry isn’t male-dominated?)
‍
What’s one piece of advice you wish you’ve learned early on about the music industry?
Music makes a great wife, and a terrible mistress. Even though I learned so much about marketing and branding during my time in the beverage biz, part of me wonders where my career would be if I stayed with music full time, from the start. I didn’t want to be a starving artist!

You have a background in the beverage industry, what was it like making the transition from the beverage industry to the music industry? Any differences or similarities?
The music business and booze business will always be in bed together. Beverage was super fun, but every time I worked a music festival, I just wanted to be on stage! Lots of similarities, but the biggest difference between the music biz and alcohol biz… music is better for your body and soul :)

Any advice for up-and-coming female founders?
Find your tribe! I’m part of a couple female founder mastermind groups, it’s so awesome to have that sisterhood and support- I’m all about women supporting women.

Your band Shiragirl released Antisocial Media last year, can we expect more music in the future?
Yes, for sure. I’m just so focused on building Gritty In Pink right now. We have some music in the works that needs to be finished, but everyone in the band is also doing other awesome things, so timing is everything! I was very inspired by how people came together for our recent post-Roe-overturn protest concert, and so we have a new song about that. I’d say the sound is very influenced by dancey political artists like Le Tigre and Grandson.

Do you have a dream collaboration, dream concert lineup, and/or dream place to perform?
Well I recently saw Joan Jett at Sofi Stadium. That venue would be a dream to play. Collabs/lineup- where do I start? Joan, Pink, Beyonce, Madonna, Gwen Stefani, Le Tigre, Tove Lo, Missy Elliot, Queen Latifah, Salt N Pepa, Debbie Gibson, Melissa Etheridge- definitely want to do a proper Gritty In Pink tour of many genres. And…  of course Britney! Speaking of “women we love” … had to tribute my fav recently liberated princess of pop for the magazine cover.

If someone was about to listen to your music for the first time, how would you describe it to them before they press play?
That's such a hard question because no artist wants to be put in a box, but we all need to have an answer- and I do think we are a fusion of genres. Billboard coined me Punk Rock Madonna- we used to say if Ramones and Madonna had a pop punk baby- we’re also heavily influenced by many bands from Rancid, The Transplants, Sublime, to all girl rock bands like Bikini Kill and Kittie.

First concert you went to?
Debbie Gibson! I was very young, but it sparked my thoughts to become a lifelong performer. Recently I actually got to meet her, it blew my mind. My childhood idol, she was so nice and humble, and even put me on her guest list! Sometimes I’m like, what is my life? I really do get to live my dreams on many levels, and I’m very grateful for that.

Any new female artists/bands you’re currently listening to?
Loving The Interrupters new record, In The Wild. Aimee Allen gets very personal in telling her story, and I find it very empowered- plus it’s just good music! Always nice to hear our producer Tim Armstrong pop up with a guest spot too :)

Who would you want to play you in a movie of your life?
Currently, I’d play myself :) Older me- Renee Zellweger. Young me- Peyton List could be cool, she’s such a badass in Cobra Kai!

One word to describe yourself?
CHUTZPAH!

How can people continue to support women and other marginalized voices in music?
Hire diverse women! Our INPINK marketplace makes it easy…

Can you tell us about the inspo behind your Gritty cover shoot?
I wanted to tribute another iconic Britney Spears magazine cover because she’s had such a transformative year. She always received a lot of flack for her image being too sexy- but I think Britney showed us that being sexy as a woman can be strong and powerful.