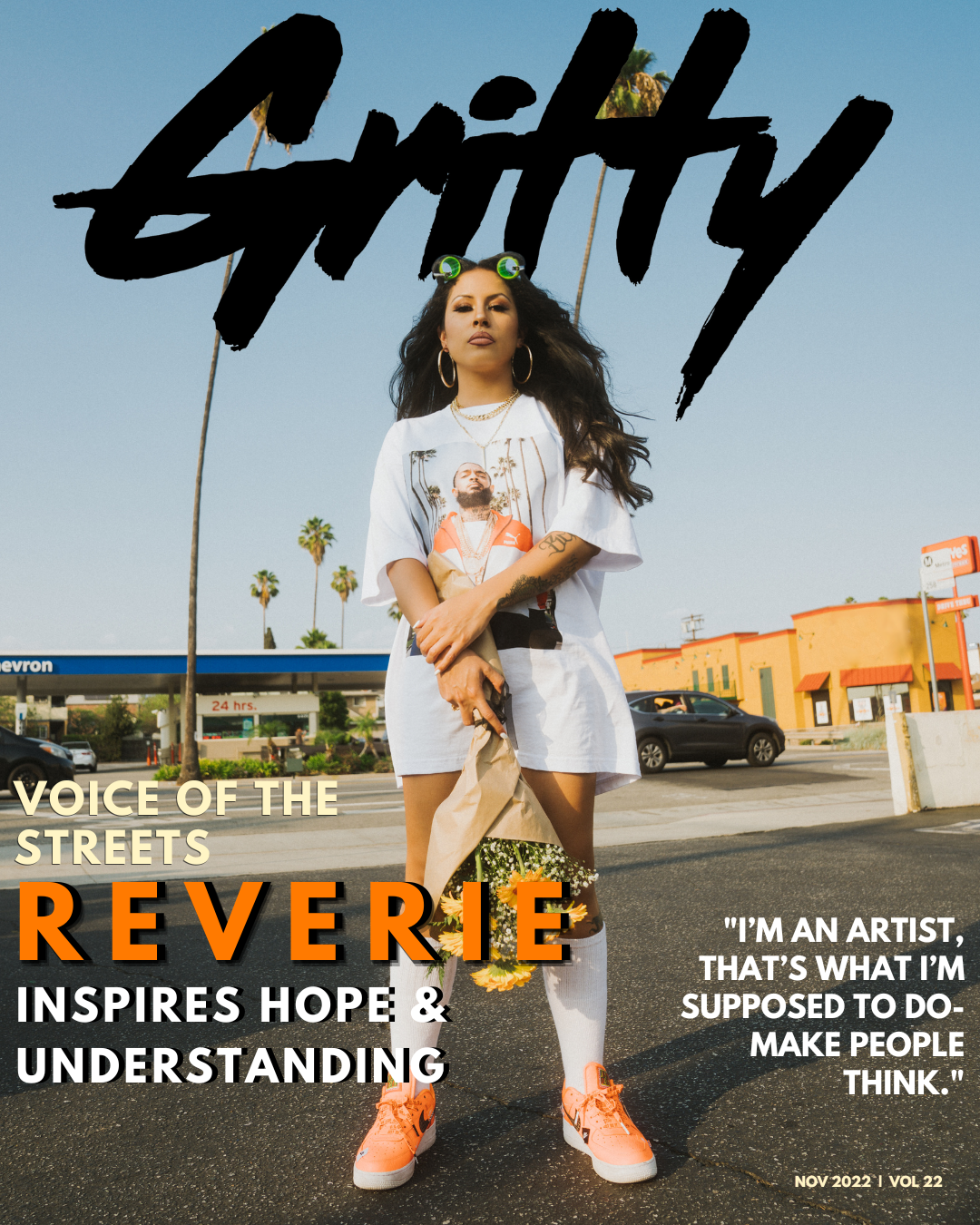 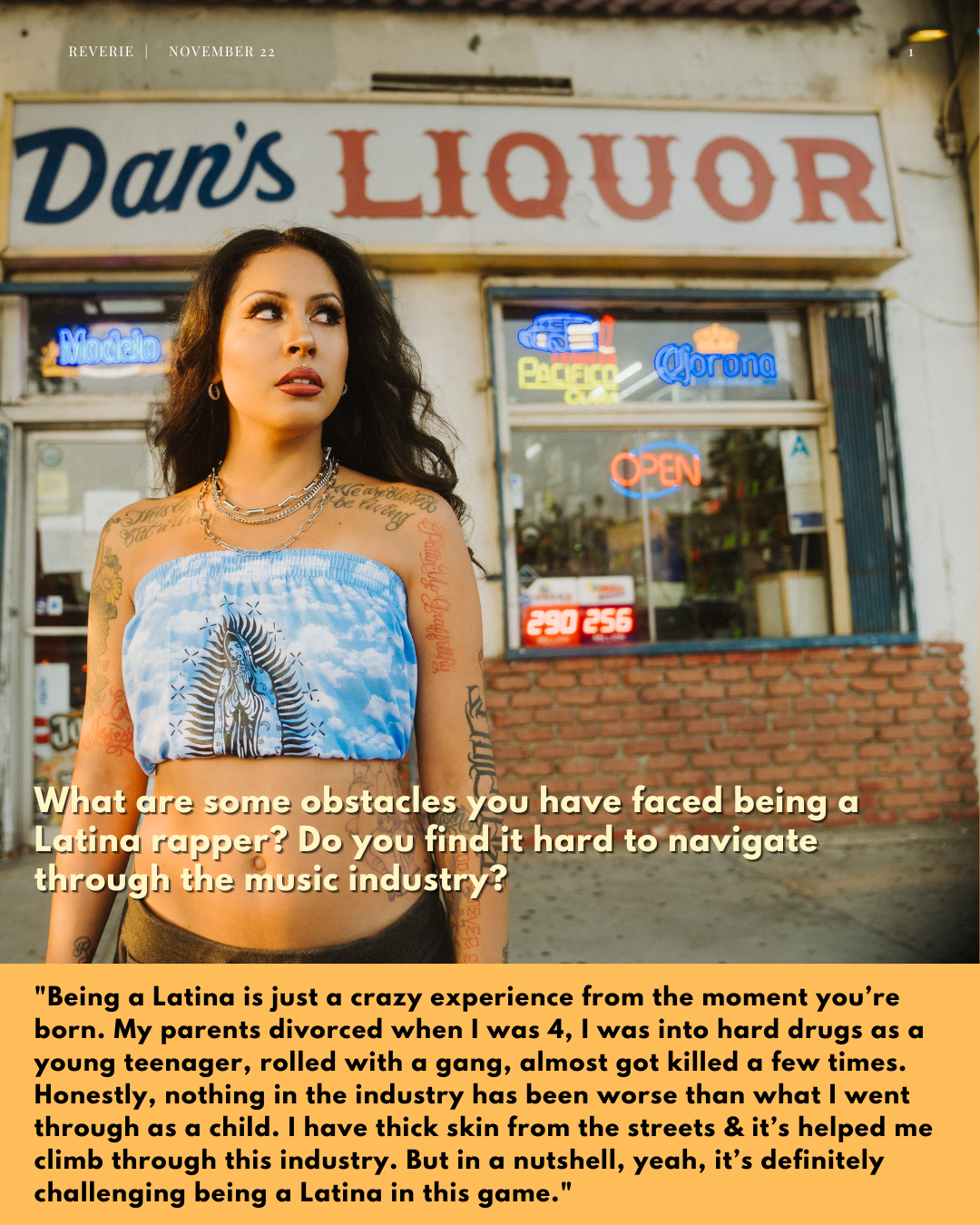 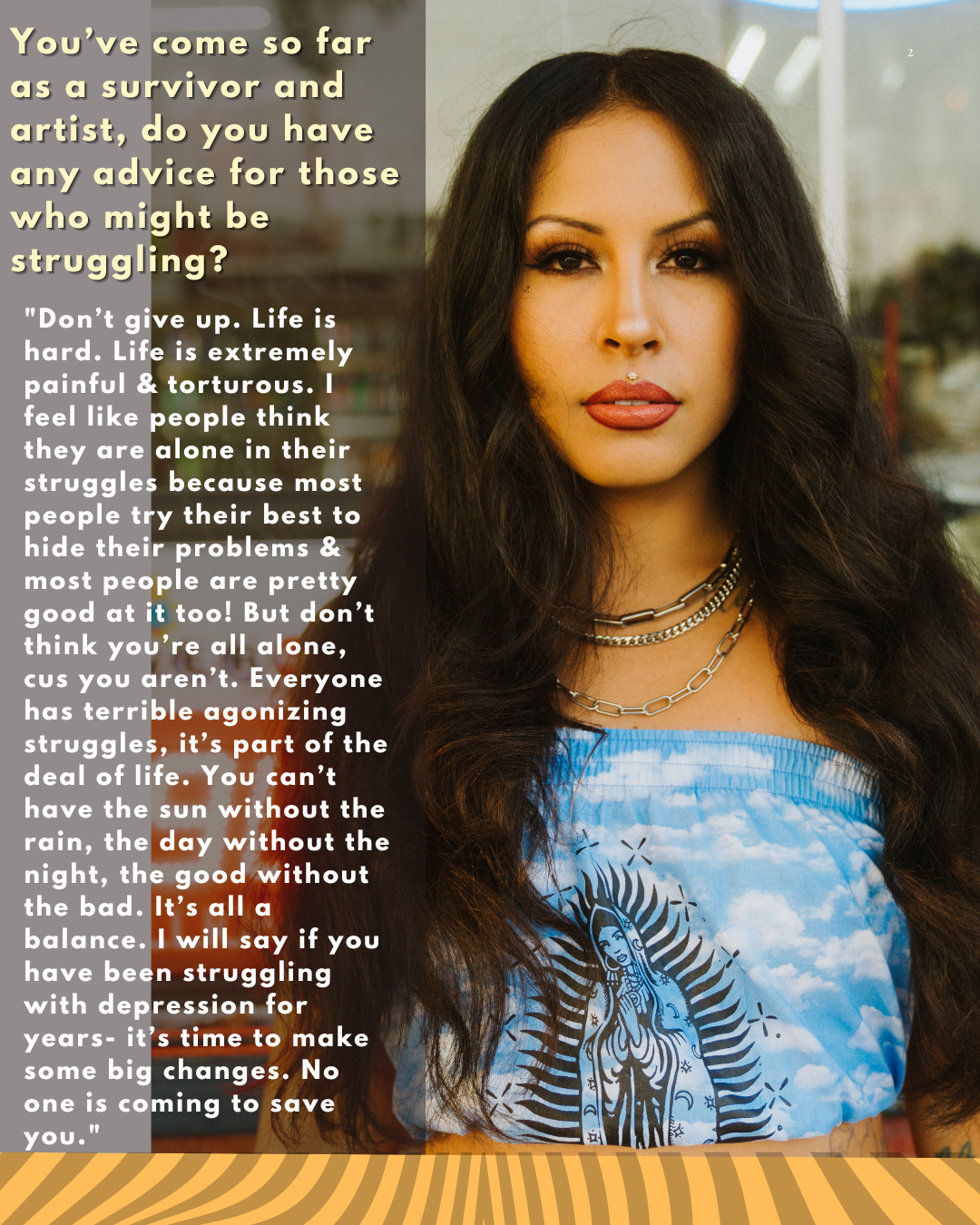 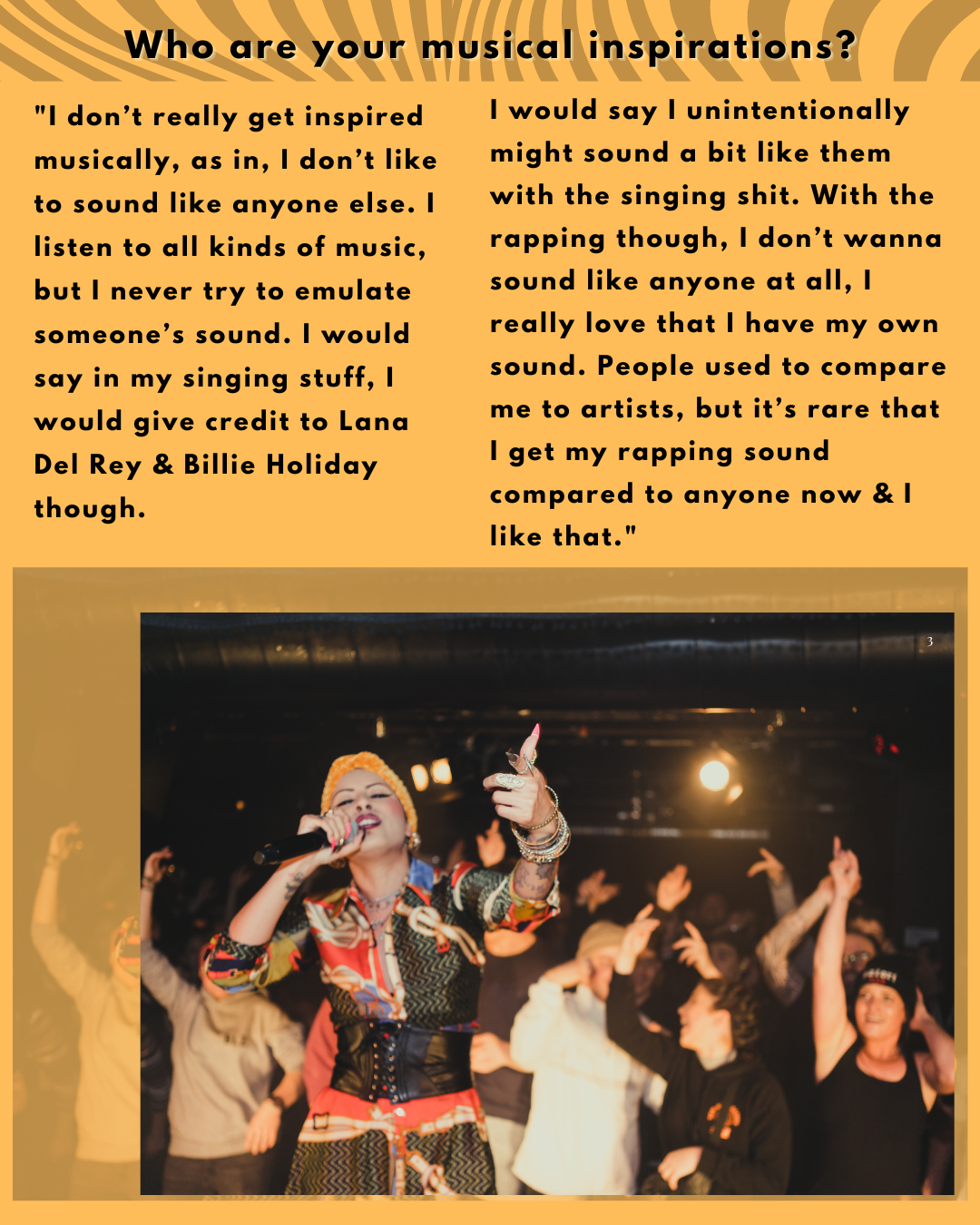 1. You released your new album “NO CHASER” in August. When you’re in the studio, do you already have an idea of the sound you want for a project, or do you go in with an open mind?
It really depends on the project. My creative process is all over the place tbh. I have realized that I create very differently than most rappers. I usually take a few years on a project before it’s done.
‍
2. When you’re writing a song, what are you most likely to prioritize first? The Verses, Hook or Bridge?
Again, my creative process is never the same. I would say usually I start with the first verse & go from there. Nowadays I try to make better hooks, though I feel they have never been my strong point.
‍
3. You have an amazing fashion sense, where or who do you pull inspiration from?
Thanks! I just wear whatever I think looks cool. Sometimes I think it confuses people, but that’s ok, I’m an artist, that’s what I’m supposed to do- make people think.
‍
4. Speaking of fashion sense, you have a dope clothing line called “Satori Mob” - how did that come into fruition for you?
I’ve been pressing shirts for about 10 years. In 2015 I decided I wanted to graduate & make an actual brand. I worked on concepts & names & logos for 2 years before I came up with Satori Mob. It’s also a huge creative outlet for me.
‍
5. You're currently touring, what’s one thing you love about being on tour?
I love how educational it is to travel. It’s opened my mind more than anything else ever has.
‍
6. Tell us about your role in Ryan C. Spencer’s short film “Abort.” This is your first main role, how was it stepping into the role?
I like acting a lot & I am gonna continue to build in that area. It’s pretty easy for me, I would say I’m a natural. I have a huge imagination & creative side so it’s fairly easy for me to pretend to be someone I’m not.
‍
7. You’ve come so far as a survivor and artist, do you have any advice for those who might be struggling?
Don’t give up. Life is hard. Life is extremely painful & torturous. I feel like people think they are alone in their struggles because most people try their best to hide their problems & most people are pretty good at it too! But don’t think you’re all alone, cus you aren’t. Everyone has terrible agonizing struggles, it’s part of the deal of life. You can’t have the sun without the rain, the day without the night, the good without the bad. It’s all a balance. I will say if you have been struggling with depression for years- it’s time to make some big changes. No one is coming to save you.
‍
8. You have some interesting tattoos, is there one that has a special meaning to you?
They ALL have special meanings to me, they all tell a story. I would say right now I don’t have a favorite, I like most of them though. I am actually in the process of removing some of them!
‍
9. Who are your musical inspirations?
I don’t really get inspired musically, as in, I don’t like to sound like anyone else. I listen to all kinds of music, but I never try to emulate someone’s sound. I would say in my singing stuff, I would give credit to Lana Del Rey & Billie Holiday though. I would say I unintentionally might sound a bit like them with the singing shit. With the rapping though, I don’t wanna sound like anyone at all, I really love that I have my own sound. People used to compare me to artists, but it’s rare that I get my rapping sound compared to anyone now & I like that.
‍
10. What are some obstacles you have faced being a Latina rapper? Do you find it hard to navigate through the music industry?
Being a Latina is just a crazy experience from the moment you’re born. My parents divorced when I was 4, I was into hard drugs as a young teenager, rolled with a gang, almost got killed a few times. Honestly, nothing in the industry has been worse than what I went through as a child. I have thick skin from the streets & it’s helped me climb through this industry. But in a nutshell, yeah, it’s definitely challenging being a Latina in this game.

11. What’s one thing you want people to remember you for?
My art. I don’t care if they remember me, I just want my art to live forever. I think the art tells the story anyways. I just wanna inspire people & give them hope & understanding. It’s more about helping people as opposed to them remembering ME.
‍
12. What motivates you the most?
I’m not really sure sometimes. The motivation changes every now & then. Right now my vocal cords are severely damaged so everything sucks & I can’t really focus on the bigger picture, but I know this will pass & I can get back to focusing on the bigger picture soon. I guess helping others is my constant motivation. Helping make money to pay my staff, helping the youth with my community volunteer work, helping people get through life’s struggles with my lyrics, helping myself feel useful by helping others.
‍
13. What’s your guilty pleasure?
Haha… I don’t feel guilty being me so I’m not really sure what to say here.. oh I know.. I like to watch shitty, low budget movies on Netflix for some reason. I would NEVER recommend the movies to people but for some reason I keep watching them lol.
‍
14. Outside of music, what are your other passions or hobbies?
I like to paint. Canvases. Walls. Anything. I love painting.
‍
15. How can people continue to support women and other marginalized voices in music?
Share our music with your friends! Show up to our shows. Buy our merchandise. Stream our new music. It’s easy to support.
‍
16.  You’ve been featured on Gritty In Pink’s GRL Livestream, and headlined our Women’s Month. All GRL Jam at Alex’s Bar. What made you want to roll with Gritty In Pink, and how did you get involved?
Shira! Tbh I forgot how we linked up, I think on Instagram. But I like what she’s doing & I have for a minute when we first connected online. She’s a beast. Very inspiring. Keep supporting her! Thanks for having me <3