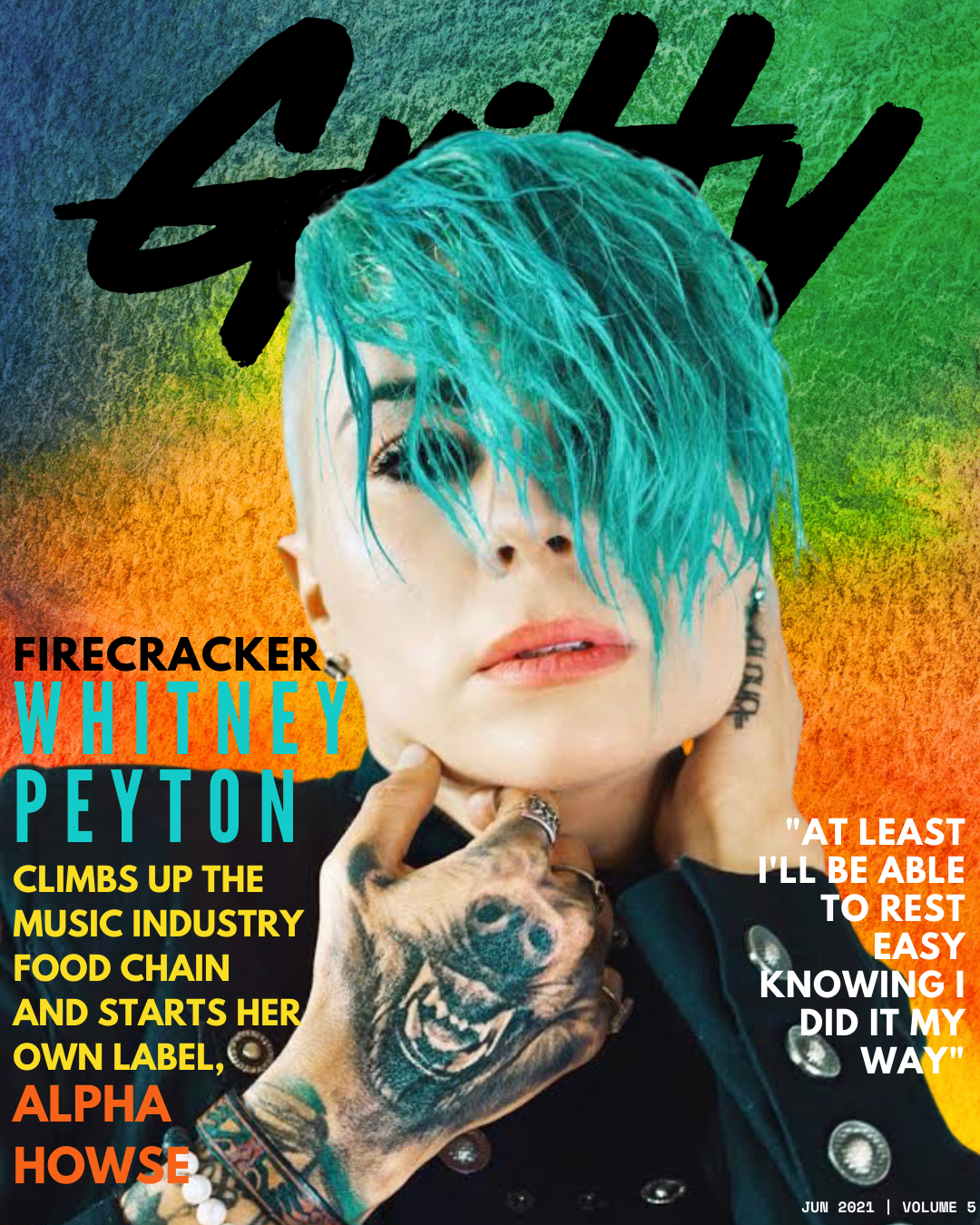 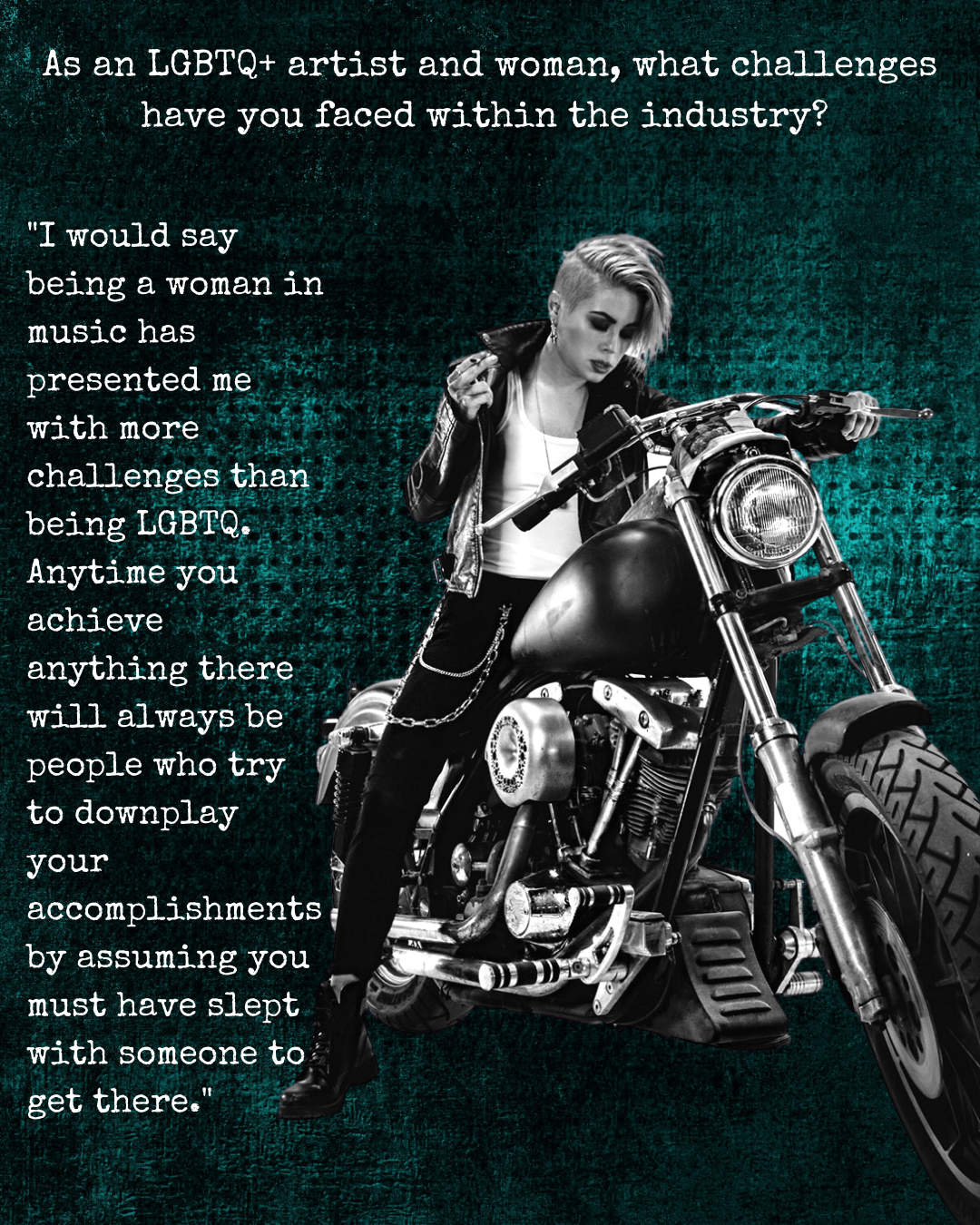 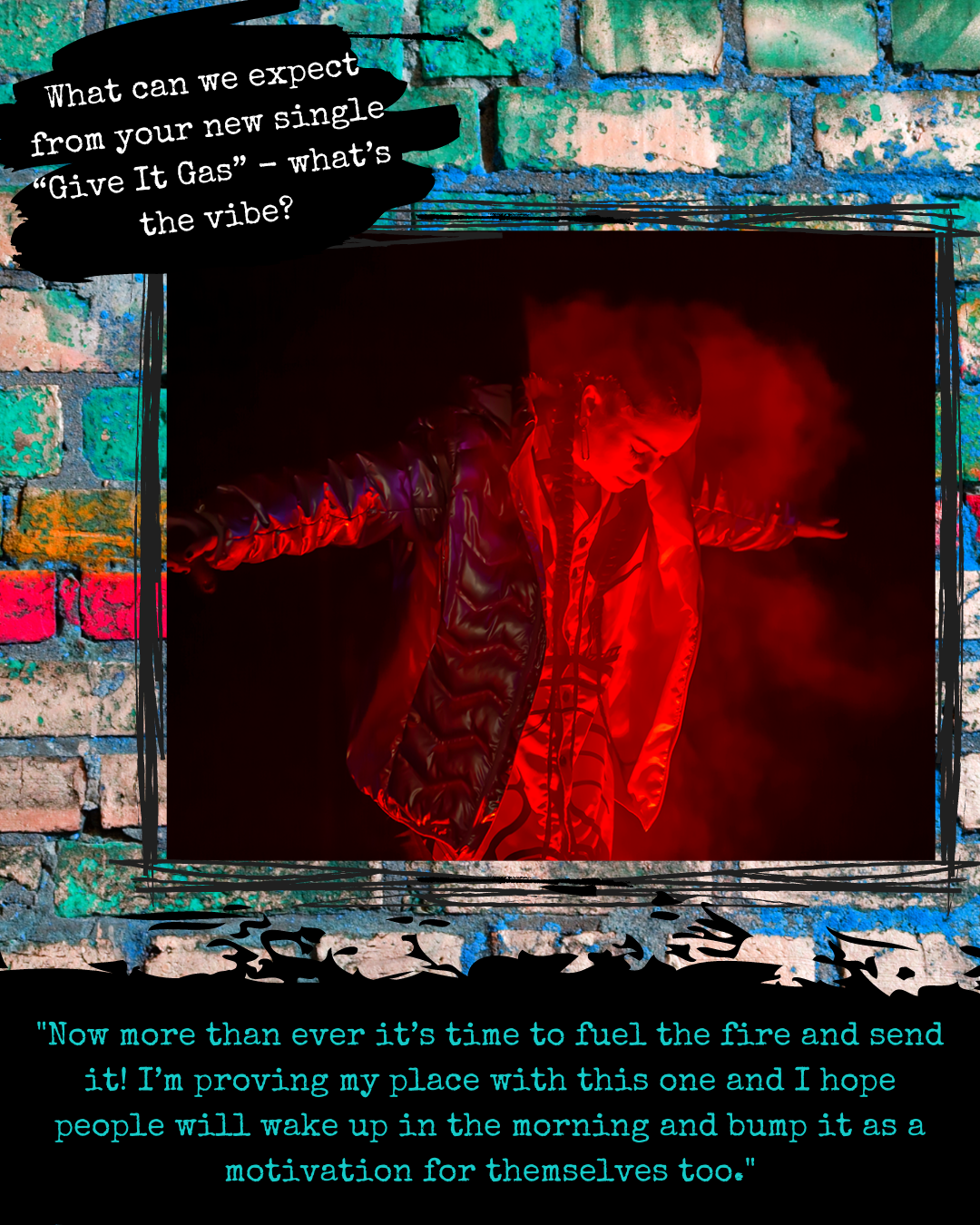 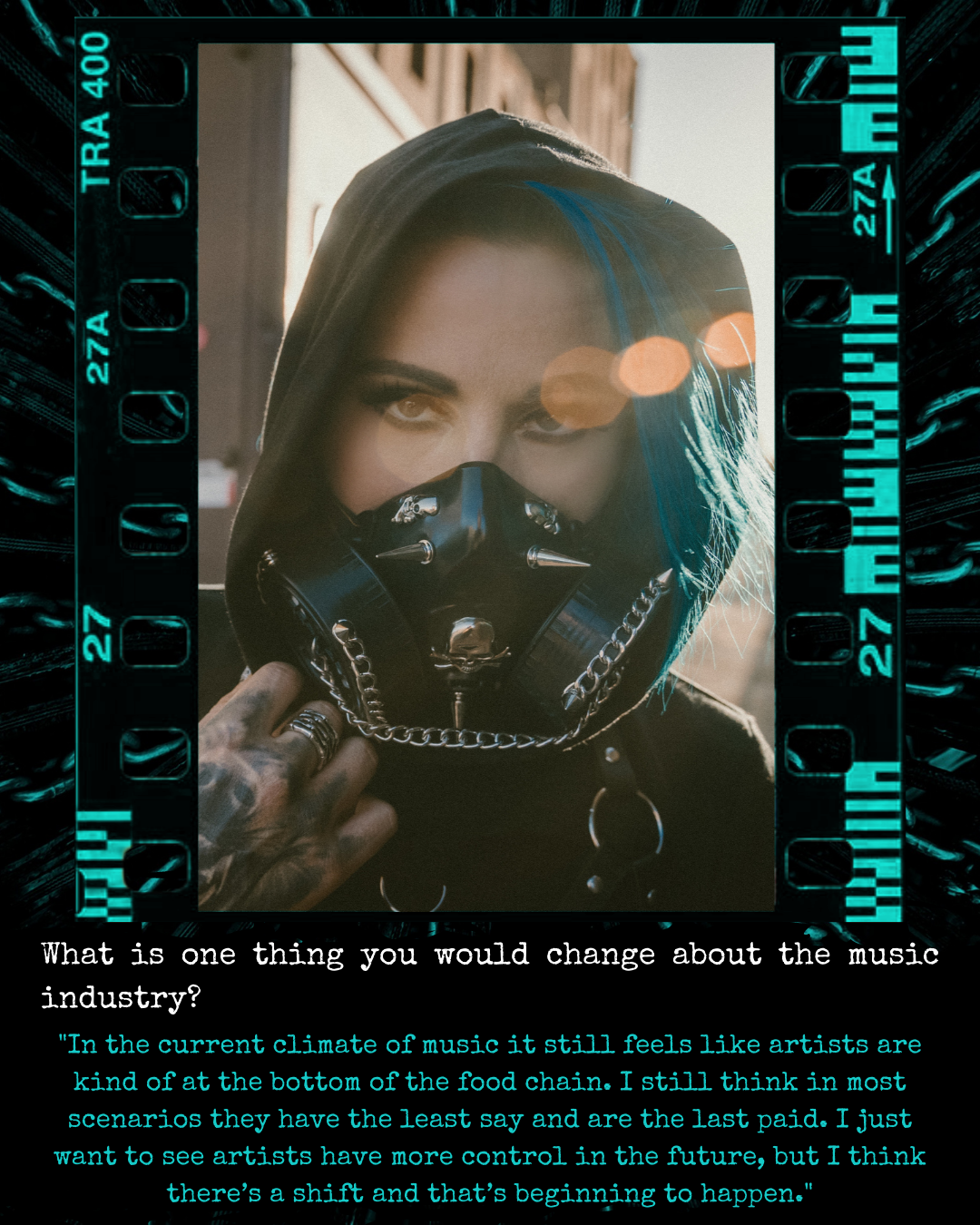 How did you get involved with Gritty In Pink?
"Shira was awesome enough to have me on her Warped Tour stage and we’ve been friends ever since!"
When did you start your music journey? What was the moment for you, that you knew this is what you wanted to do as a career?
"I always liked keeping people entertained and putting on a show! I would say I was a class clown before I even was involved with songwriting so when I got into writing poetry I kind of carried over the quirkiness. I was probably in middle school when I realized this was for me."
If you weren’t a musician, what would your career be?
"Walmart greeter… because I want to be able to hand people stickers and candy."
The first concert you went to?
"Nickelback. I have no regrets."
First album you ever owned?
"Probably Destiny’s Child Writings on the Wall or Britney Spears Baby One More Time. I was too young to remember most of them at the time, but bump them to this day!"
What can we expect from your new single “Give It Gas” - what’s the vibe?
"Now more than ever it’s time to fuel the fire and send it! I’m proving my place with this one and I hope people will wake up in the morning and bump it as a motivation for themselves too."
‍What artists inspire you?
"Tech N9ne, Big Sean, Machine Gun Kelly, J Cole, and a ton more."
Where do you see yourself in five years?
"As a CEO."
You recently announced your new label venture, Alpha Howse. Congrats! Can you tell us more about that?
"Admittedly, didn't start out dreaming of my own label I just wanted to make music and perform and didn't think much about the business side, but with any journey we tend to have a lot of self discovery. I discovered I was very hands on and my favorite way of putting out my music was as direct to the fans as possible.  Being with other companies has been great, but I've developed the urge to take it back to my grassroots of doing it on my own and now I have years of knowledge and experience that is going to allow me to do it! I've been so fortunate to have amazing supporters and by starting my own label "ALPHA HOWSE" I think the supporters can be much more involved in my career and art. This is so exciting and scary and everyday I wake up not knowing if anything will work or fail (that's the nature of the entertainment industry) but at least I'll be able to rest easy knowing I did it my way. Here's to the underdog and alpha dogs of the world!"
One thing you would change about the music industry?
"In the current climate of music it still feels like artists are kind of at the bottom of the food chain. I still think in most scenarios they have the least say and are the last paid. I just want to see artists have more control in the future, but I think there’s a shift and that’s beginning to happen."
Do you have a dream producer or artist you would like to work with in the future?
"I’d love to work with Timbaland and Missy Elliott, that would be a childhood dream come true."
Is there a genre of music you would like to try?
I’m known for fusing genres. The only one I haven’t tried yet is probably Country, but I’ve ridden horses for most of my life so I feel qualified. Let’s do it!
‍Your favorite quote?
“Better to wear out than rust out”
One word to describe yourself?
"FIRECRACKER"
As an LGBTQ+ artist and woman, what challenges have you faced within the industry? Any actions you’ve taken to make the music industry better for LGBTQ+ artists?
"I would say being a woman in music has presented me with more challenges than being LGBTQ. Anytime you achieve anything there will always be people who try to downplay your accomplishments by assuming you must have slept with someone to get there.  I always found this really bizarre when people say this about women. As entertainers we generally already have insane schedules.. if someone has found the time to tour,  write, record, shoot music videos, and date and sleep with everyone in the industry please tell me because my time management has been way off!"
One thing you learned about yourself during quarantine?
"I learned that I was stronger than I thought and that my resume doesn’t define me. I always needed people to validate me to determine how I felt about myself. I’m really starting to get over that."
If you could be an animal, what would you be and why?
"A seagull so I could hang out at the beach and steal everyone’s French friend and funnel cake."